Go Metro to the Dodger Stadium, the LA Coliseum, Banc of California Stadium, Crypto.com Arena, SoFi Stadium, or the Rose Bowl on game day. Metro’s bus and rail lines will help get you past the traffic and parking hassles and straight to the action.

MLB LIVE in DTLA offers fun for all ages, including the ultimate fan experience at Capital One PLAY BALL PARK at the LA Convention Center, the 2022 MLB Draft, and the Red Carpet Show presented by Mastercard. Skip the traffic and ride with us, and you’ll save over 50% on admission at Capital One PLAY BALL PARK when you show your TAP card at the box office. Connect to the Metro A Line (Blue), E Line (Expo) or J Line (Silver) and exit at Pico Station. Remember to register for the MLB All-Star Experience Pass. More details on AllStarGame.com. Download Transit app to plan your trip.

Go Metro to the All-Star Futures Game, the All-Star Celebrity Softball Game, the Home Run Derby and the 92nd All-Star Game at Dodger Stadium by connecting with the Stadium Express at two convenient locations – Union Station or the South Bay.

Union Station is served by many Metro and municipal bus lines and Metro Rail’s B (Red), D (Purple) and L (Gold) lines, as well as Metrolink and Amtrak. Harbor Gateway Transit Center, in the South Bay, is also served by several Metro bus lines, the Metro J Line (Silver) and Torrance Transit. You can also board at any of the following stations in the South Bay – Slauson, Manchester, Harbor Freeway, or Rosecrans. For more information, including boarding locations and game day tips, visit metro.net/dodgers.

Go Metro to All-Star Oceanfront at the Santa Monica Pier by connecting to the E Line (Expo) and exiting at Downtown Santa Monica Station Station. Download Transit app to plan your trip.

Fans can also reach the pier via Metro Bike Share. A one-way trip is just $1.75 for every 30 minutes. Passes can be purchased online, through taptogo.net, in the Metro Bike Share app or at any Metro Bike Share kiosk. The closest station to the pier is at the Santa Monica E line station on 4th and Colorado.

Go Metro to Dodger Stadium by connecting with the Stadium Express at two convenient locations – Union Station or the South Bay. For more information, including boarding locations and game day tips, visit metro.net/dodgers.

Go Metro to Crypto.com Arena and the LA Convention Center by connecting to the A Line (Blue), E Line (Expo) or J Line (Silver) and exiting at Pico Station.

Fans heading to the LA Coliseum or Banc of California Stadium can connect to the Metro E Line (Expo) and exit Expo Park/USC or take the Metro J (Silver Line) and exit 37th St/USC. 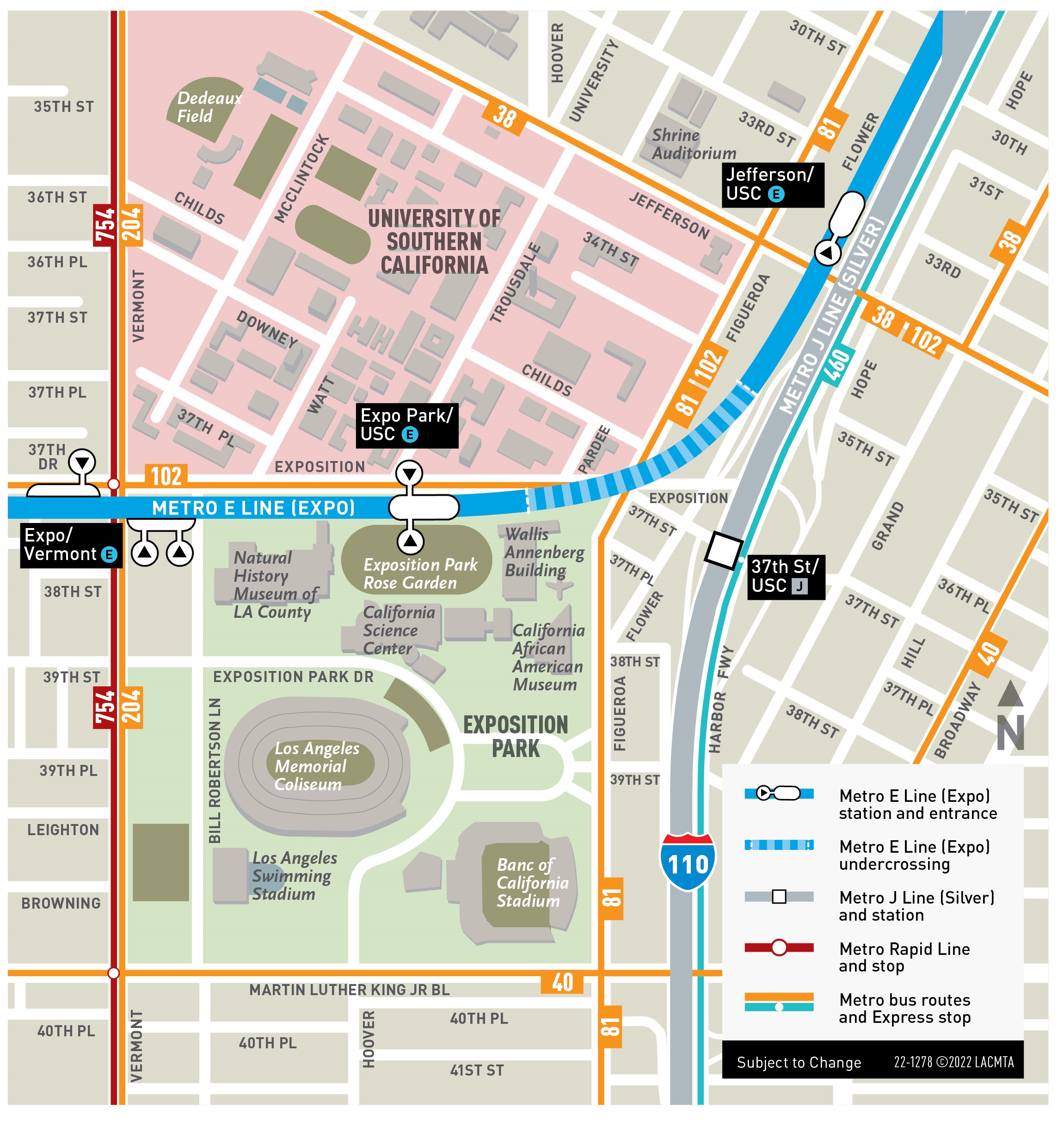 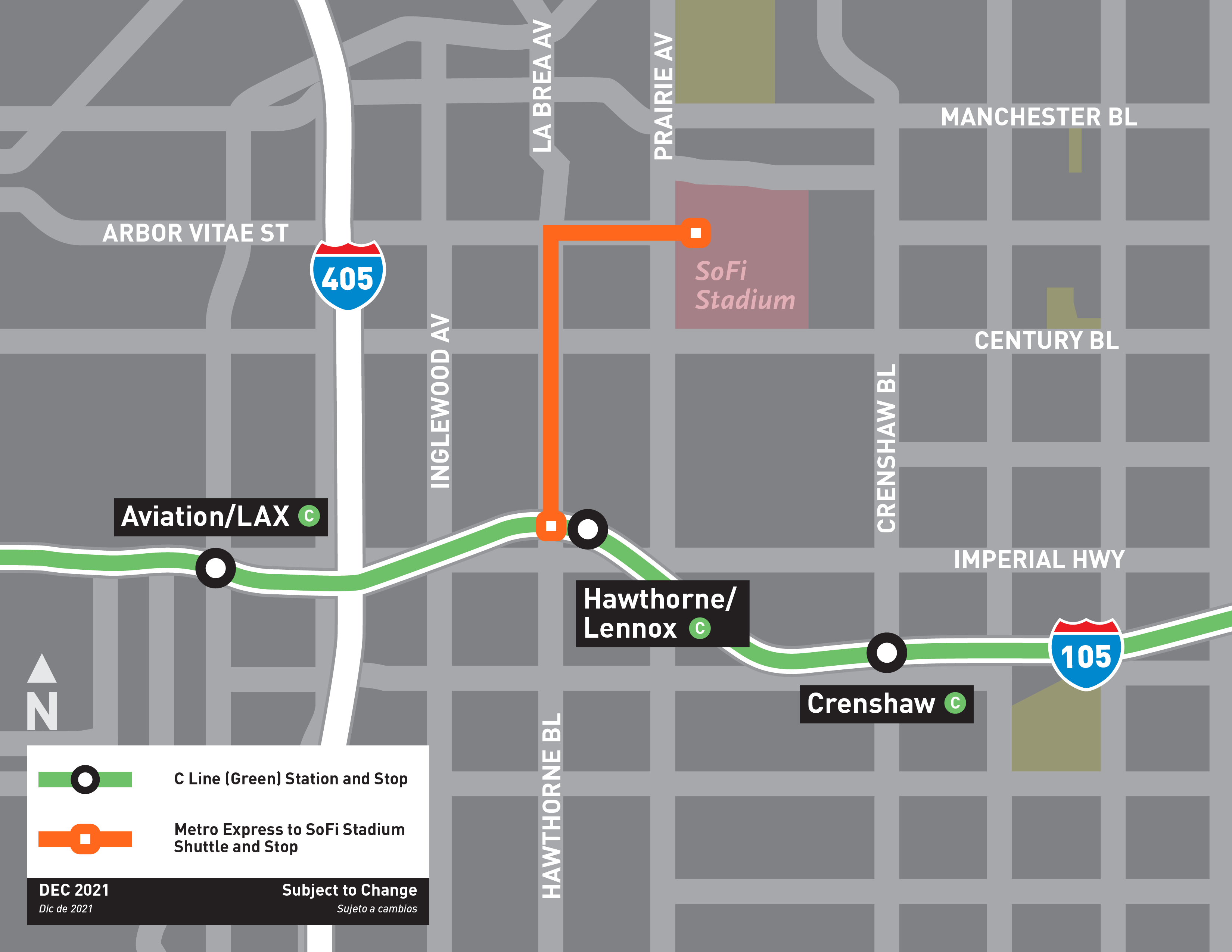 Fans heading to the Rose Bowl on game days can connect to the Metro L Line (Gold) and exit Memorial Park Station; then it’s just a short walk to Parsons Parking Lot B for the Foothill Transit Rose Bowl shuttle that drops you off next to the stadium.

1. Pay Before You Board

2. Tap Your Card on the Turnstile or Validator When Boarding or Transferring